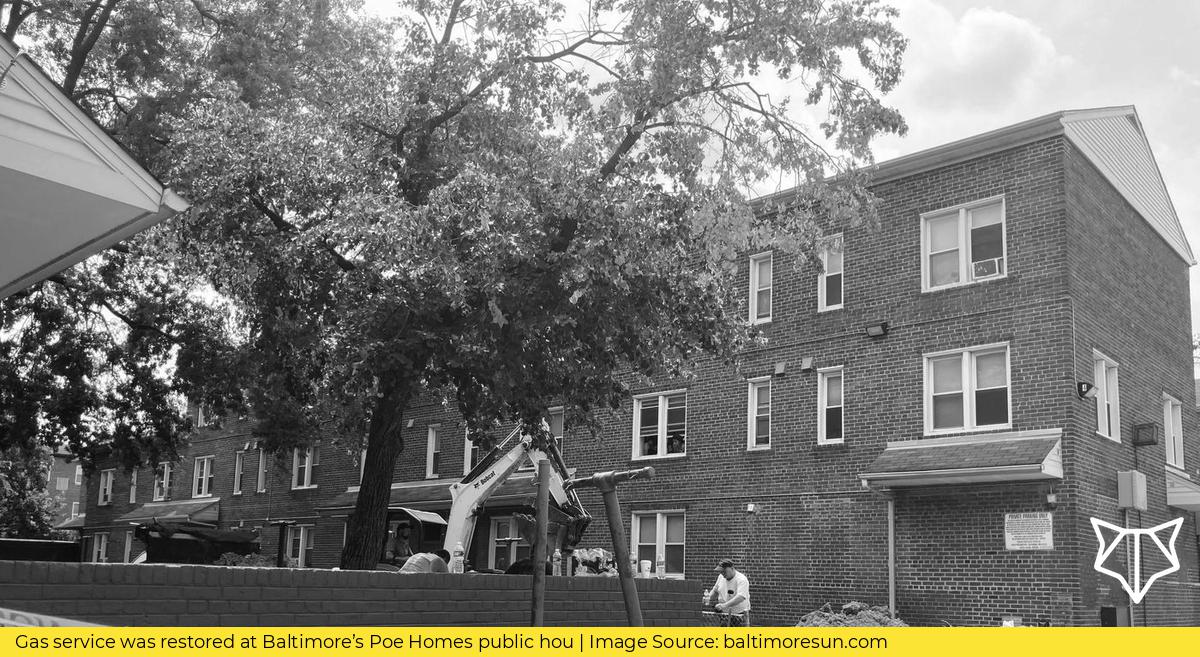 The news site baltimoresun.com reports that a two-day gas outage at Baltimore’s Poe Homes public housing complex left residents unable to use their stoves. World Central Kitchen, a charity based in Washington D.C., supplied free meals to residents, and hot plates were made available as well. However, some residents chose to travel to friends or family’s houses to cook. Others simply relied on meals that did not require cooking. One 78-year old resident expressed concern over how large families would be able to reasonably feed their children during the outage.

Officials found that the outage was caused by an underground leak – but emphasized that this outage represented a larger problem of aging infrastructure throughout the neighborhood. In mid-2019, the same complex lost water for five days after a main broke. A City Councilman said, “These are things that obviously have to be addressed, and are really on the radar of the city, recognizing that we have not only older infrastructure, but housing that really isn’t befitting of what folks desire in the 21st century.”