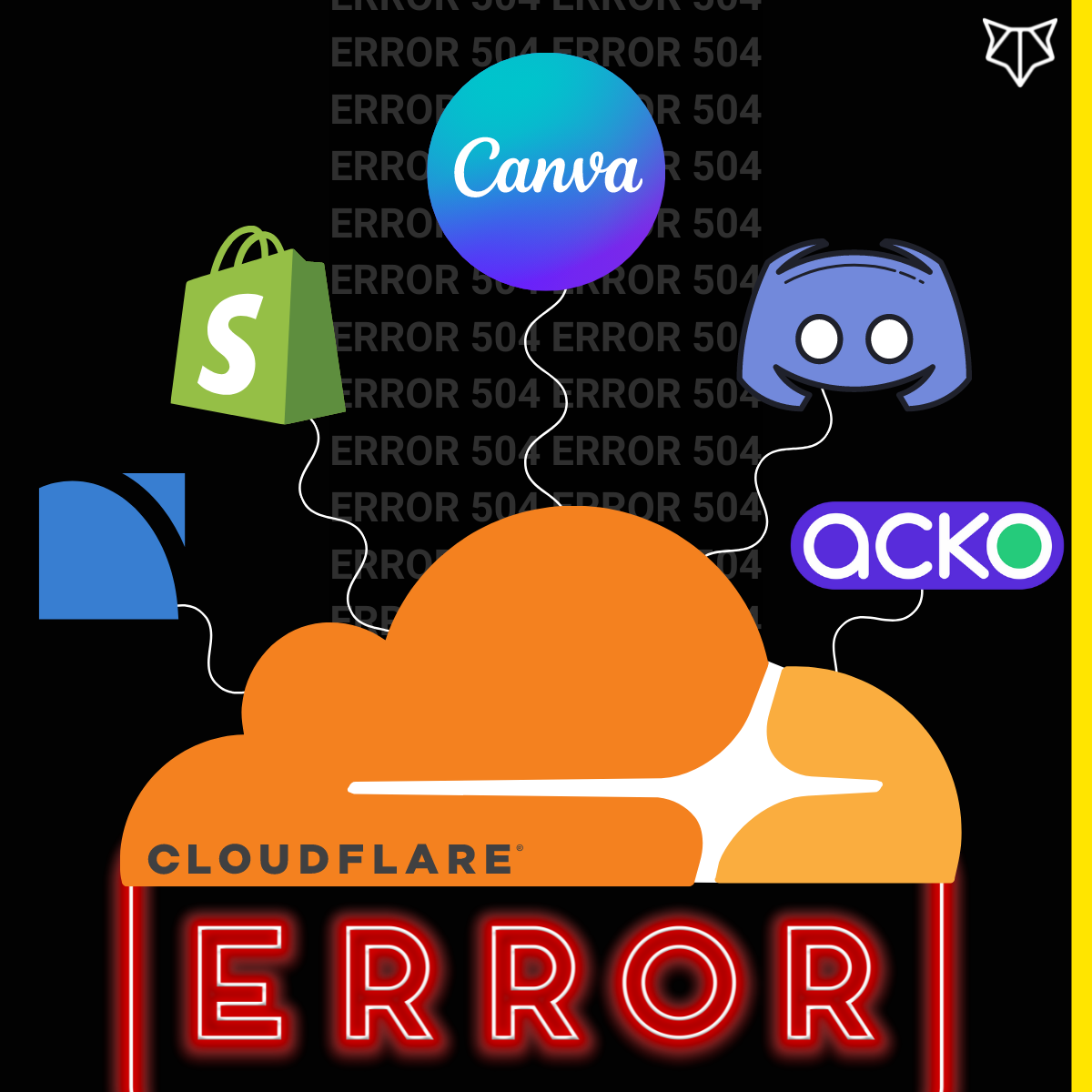 While it was just limited to India, several popular services on the Cloudflare network such as Shopify, Udemy, Zerodha, Canva, Discord, Acko, etc., Insurance faced issues.

Some of the users saw the HTTP 504 error suggesting that the server did not get a response from the network that is required to complete a request.

The services affected by downtime acknowledged the user complaints and assured that they are working on it with Cloudflare.

Cloudflare acknowledged the issue and stated that it is working on a fix.

After a couple of hours, the company updated the dashboard stating that they have implemented a fix and monitoring the results.

The outage occurred a day after it had detected Distributed Denial of Service (DDoS) attack on one of its clients a week ago.

The attackers raised 26 million requests per second from a total of 5,067 devices.

The attack was 4000 times stronger than a larger botnet of 7.3 lakh devices that Cloudflare was tracking due to the use of powerful virtual machines and servers.

In less than 30 seconds the botnet generated over 212 million HTTPS requests from over 1,500 networks in 121 countries.