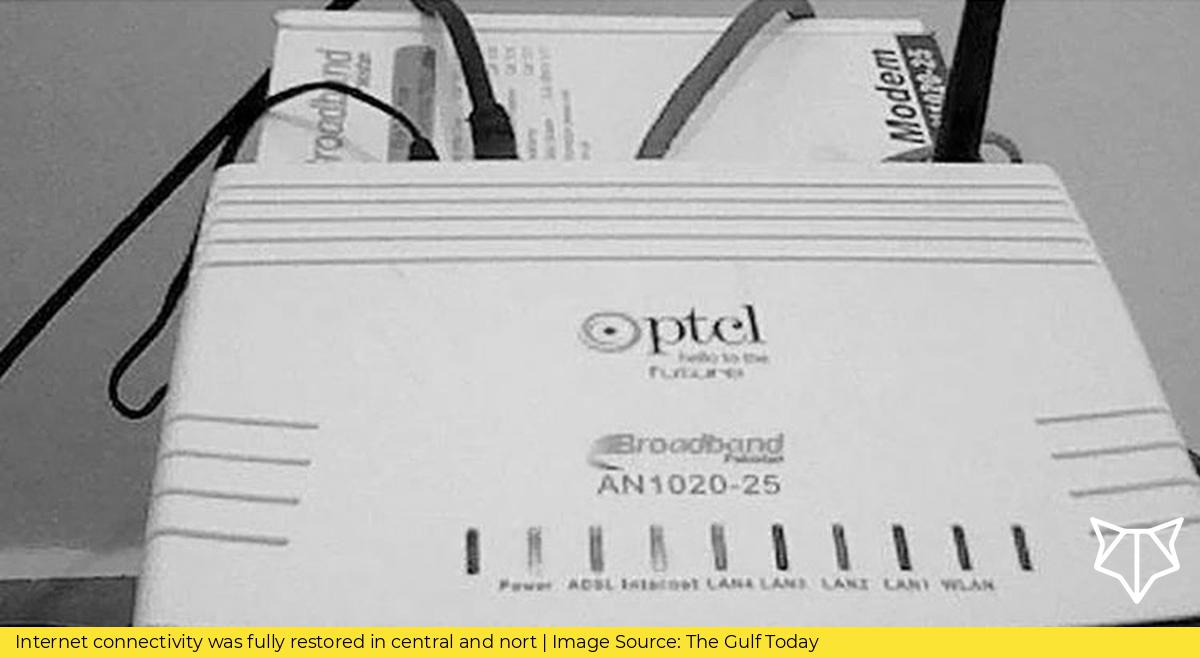 The news site The Gulf Today reports that

After an hours-long outage on Friday that caused by heavy rains and floods, internet connectivity was came as routine in central and northern parts of Pakistan, the country’s telecom regulator said. Major Pakistani telecom operators reported initially that connectivity was down in some regions, including the capital and other major cities. A company reported that flooding caused the trouble. The Pakistan Telecommunication Authority (PTA) stated: “The technical fault in data networks which caused internet outage in Pakistan has been resolved,” adding that all internet services had been returned to normal. Govt. ownership Pakistan Telecommunication Company Ltd’s (PTCL) said earlier that its optical fibre network has faults, moreover users in northern and central regions were interrupted by an outage. In addition, it said on Twitter: “Due to heavy rains and floods, PTCL’s optical fibre network is experiencing some technical faults.” It later said that the error had been fixed. This problem had a severe effect on other service providers, including on cellular data. Telenor Pakistan supported by Norway’s Telenor, said its internet network was down due to a network issue at its internet service provider. On social media, Pakistani users said other telecom providers went down, but there were no statements by other companies admitting the issues. Extensive internet blackouts were reported in the capital Islamabad, and the eastern city Lahore; Pakistan’s second-largest city, where fixed-line broadband users as well as cellular network users reported no connectivity. But numerous users reported that Pakistan’s largest telecommunications provider, Jazz, owned by Amsterdam-listed global provider Veon, remained up and running through the outage. Jazz’s head of external communications, Khayyam Siddiqui told Reuters: “Jazz network is by and large unaffected with our robust architecture and multiple layers of protection to provide consistent experience to our users.”  Pakistan, a populated country with nearly 220 million inhabitants, is a vast and growing base of Internet users. According to PTA, there are 116 million users of 3G and 4G services and 119 million broadband subscribers in the country. Reuters

Read the article Internet service restored after several hours outage caused by rain, floods in Pakistan at The Gulf Today